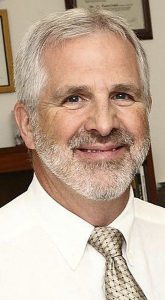 After 16 years as president and CEO, Arden Shank, announced he will leave the Neighborhood Housing Services of South Florida in early 2018.

Shank is the former director of LaCasa Inc. in Goshen.

Shank is a graduate of Goshen College and Anabaptist Mennonite Biblical Seminary in Elkhart.